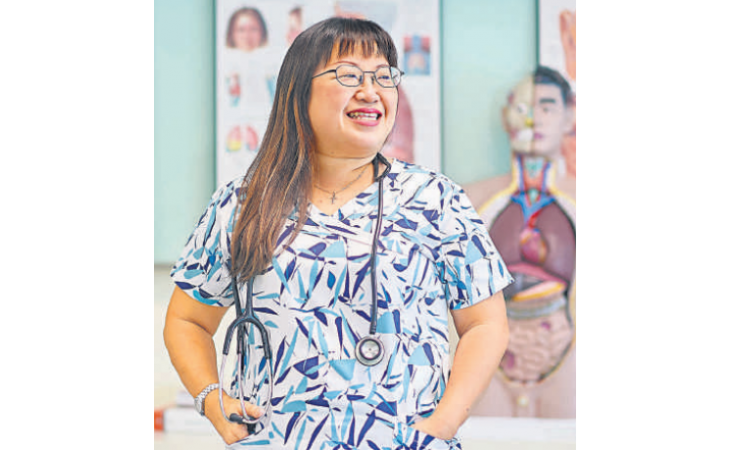 Ms Joelle Yap, 47, has been in the nursing profession for more than two decades, taking on many roles including as an accident and emergency (A&E) nurse and a medical mission volunteer.

Ms Yap became interested in education and disaster relief during her eight years as an A&E nurse at Singapore General Hospital. She left the hospital in 2002 to focus on international relief efforts and post-disaster development projects.

She has volunteered for relief missions such as the one after the 2001 Gujarat earthquake and also following the 2019 Typhoon Hagibis in Japan, as well as re-development projects in north-east Japan following the 2011 tsunami, among others.

Asked why she does volunteer work, she says: “There is so much to do beyond the classroom and the clinical setting. I feel that if I have the gift and calling to help others, I should use it. When I hear about the needs of people, I can’t just sit still. I will want to help since I have the time, skills and knowledge to.”

Ms Yap holds three master’s degrees, one of which is a Master’s of Health Services Management degree from Curtin University of Technology, Australia. “There, I learnt the importance of having an enquiring mind — to challenge what is presented to us and to look for evidence to back up what we say,” she says.

Today, Ms Yap is passing on her knowledge to future healthcare professionals as a local facilitator at Curtin Singapore for Health Sciences.

She says: “I hope to impart to the next generation the importance of lifelong learning. They should not stop learning when my classes are over. If they have that reflective mindset, they will be led to challenge themselves to do more and to become an advocate to others.” 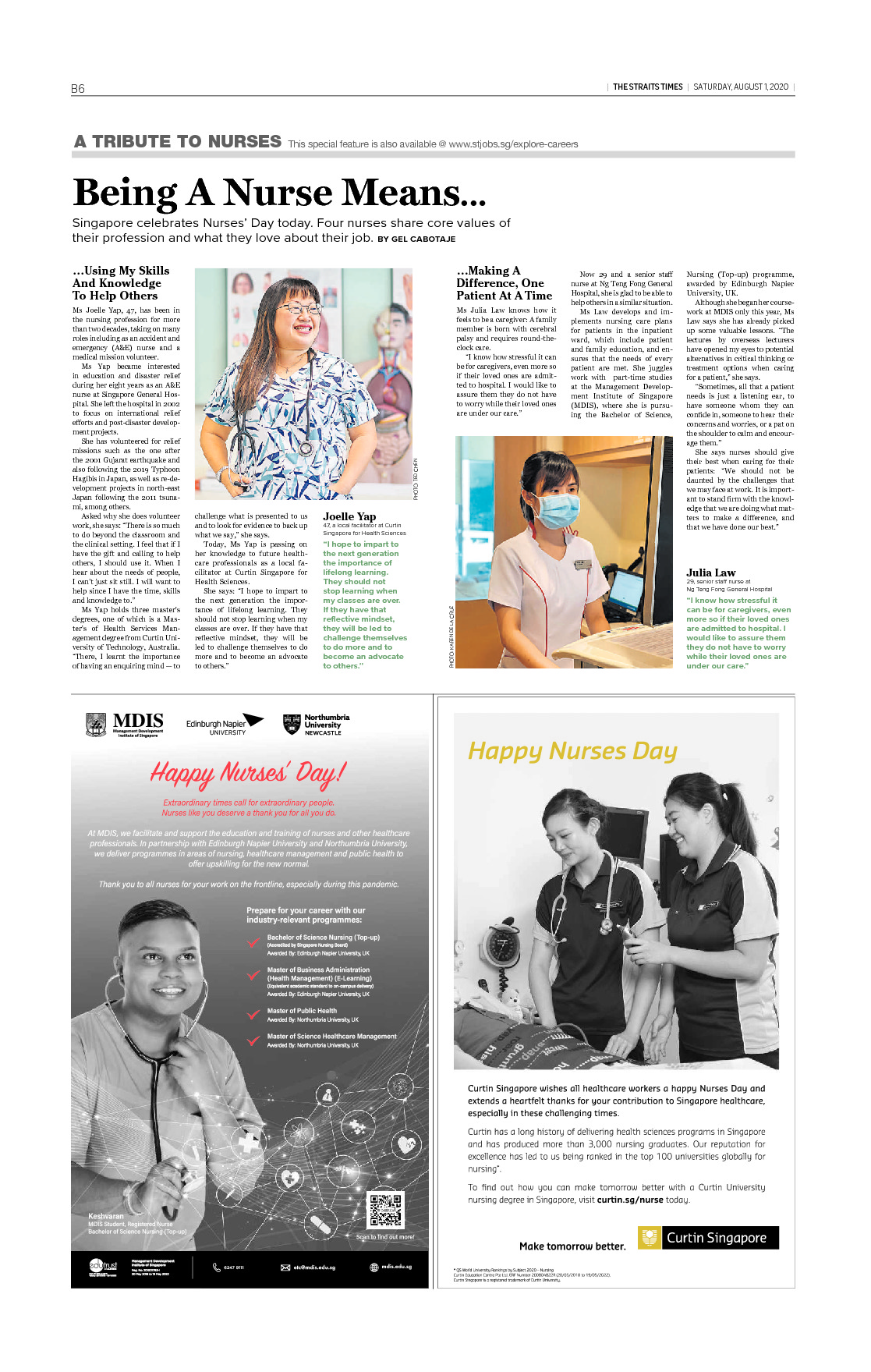