Being an early childhood educator means…

… MAKING A POSITIVE IMPACT ON CHILDREN’S LIVES
When pre-schools were closed during the circuit breaker, Mrs Beverly Carpio and her husband were concerned that learning would be disrupted for their youngest son Jover, six, who attends NTUC First Campus’ My First Skool at Kampung Admiralty. Both husband and wife are diagnostic radiographers who work in healthcare and have two older sons aged 13 and 19.

“As essential service workers, we aren’t able to take much time off from work. We do have a trusted and reliable helper, but we were worried that there’d be no one to guide Jover with his home-based learning,” says Mrs Carpio, who is in her 40s.

What complicated matters was that Jover has trouble expressing certain emotions such as frustration in an appropriate fashion, which led him to prefer to be alone at school rather than play with his friends.

He was enrolled in a social skills support course with NTUC First Campus’ in-house psychologist, which helped him slowly come out of his shell. But Mrs Carpio was worried that her son’s progress would be for nought when schools closed during the circuit breaker.

However, the school’s dedicated team of teachers put her fears to rest. They checked in on him regularly and shared engaging videos of themselves doing crafts, and encouraged parents to post pictures of their kids and their work to stay connected.

Mrs Carpio says Jover was always excited to see his friends’ pictures and now that he is back in school, she has noticed that his social skills have improved.

“According to the teachers, he now asks questions during lessons. His teacher has also given him a major role in his graduation play and he’s very excited about it,” she adds with pride.

Among the teachers who have made a difference in Jover’s life is his favourite Teacher Adri, who has ignited his imagination and curiosity with her interesting lessons, says Mrs Carpio.

“After classes with Teacher Adri, Jover would ask me to search the Internet for topics like inventors, inventions and planets. Though she can be strict, Teacher Adri is also very approachable and the kids like her very much. I wish there were more teachers like her.” 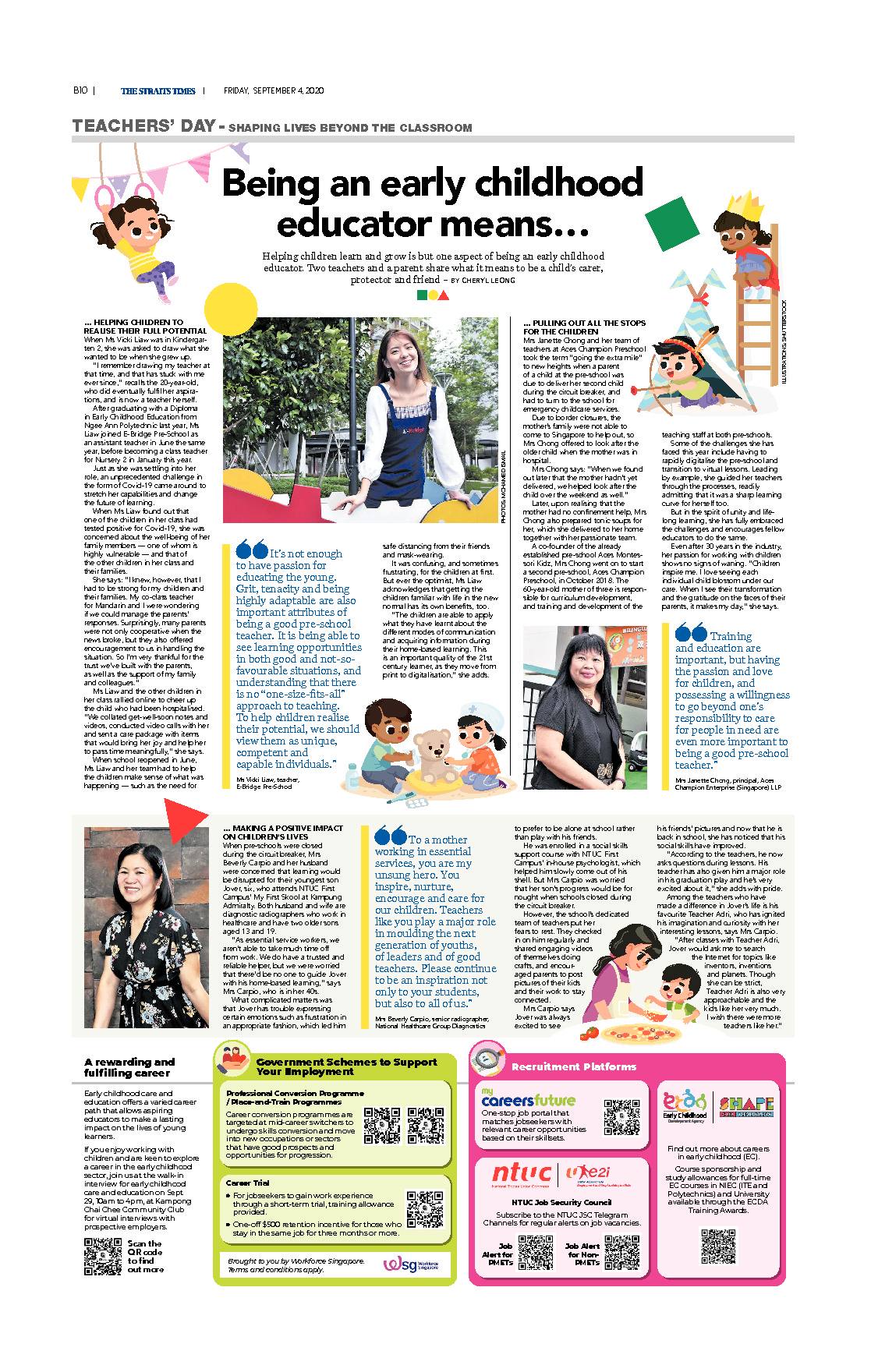