From courtroom to Geneva summit rooms 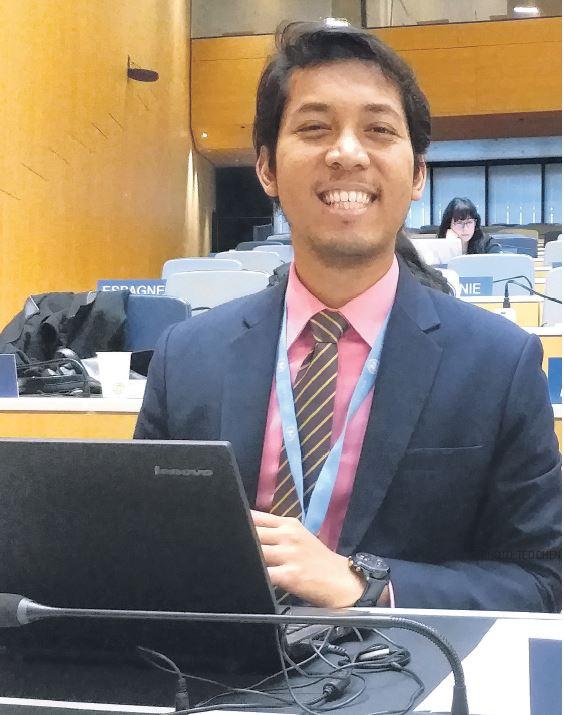 But his interest has always been in diplomacy and foreign affairs. While in law school, he interned at the Singapore High Commission in Canberra to learn more about a career in the Ministry of Foreign Affairs (MFA). In 2015, he decided to make a career switch to pursue something that would give him a ringside seat to international political developments.

Mr Fuad began his diplomatic career at the ministry’s International Economics Directorate, working on APEC-related matters. Subsequently he covered territorial and maritime boundaries while he was in the Southeast Asia I Directorate. Last year, he was posted to Singapore’s Permanent Mission to the World Trade Organisation (WTO) and World Intellectual Property Organisation (WIPO).

The 30-year-old second secretary is now with the Geneva mission, covering various issues including those related to development and intellectual property at the WTO and WIPO.

His typical work schedule is packed with back-to-back meetings and networking sessions with delegates from all over the world. He is also involved in making administrative and logistical arrangements to support the Singapore delegation to the World Economic Forum (WEF) Annual Meeting in Davos, Switzerland.

Mr Fuad says that working in a multilateral organisation is tough as it involves dealing with people from different countries — with different cultures and ways of communication. He emphasised that the job requires one to be able to think from different angles and be quick on his or her feet.

“Before I joined MFA, I was naïve and viewed things through rose-tinted lenses. But now, my view of the world has really changed and working in diplomacy has taught me about our vulnerability as a country,” he says.

His posting to Geneva also meant he had to be away from home for three years. It was not easy to be thousands of miles away from his loves ones — in a different country and culture, and speaking a different language — but their strong emotional support helped him settle down fairly easily in the Swiss city.

Mr Fuad finds his job rewarding and fulfilling. What would be his advice for those considering his line of work?

“Be prepared for long days and bumpy roads, but it will be rewarding and you will learn a lot about how the world works. Keep an open mind and don’t be afraid to take the plunge.” 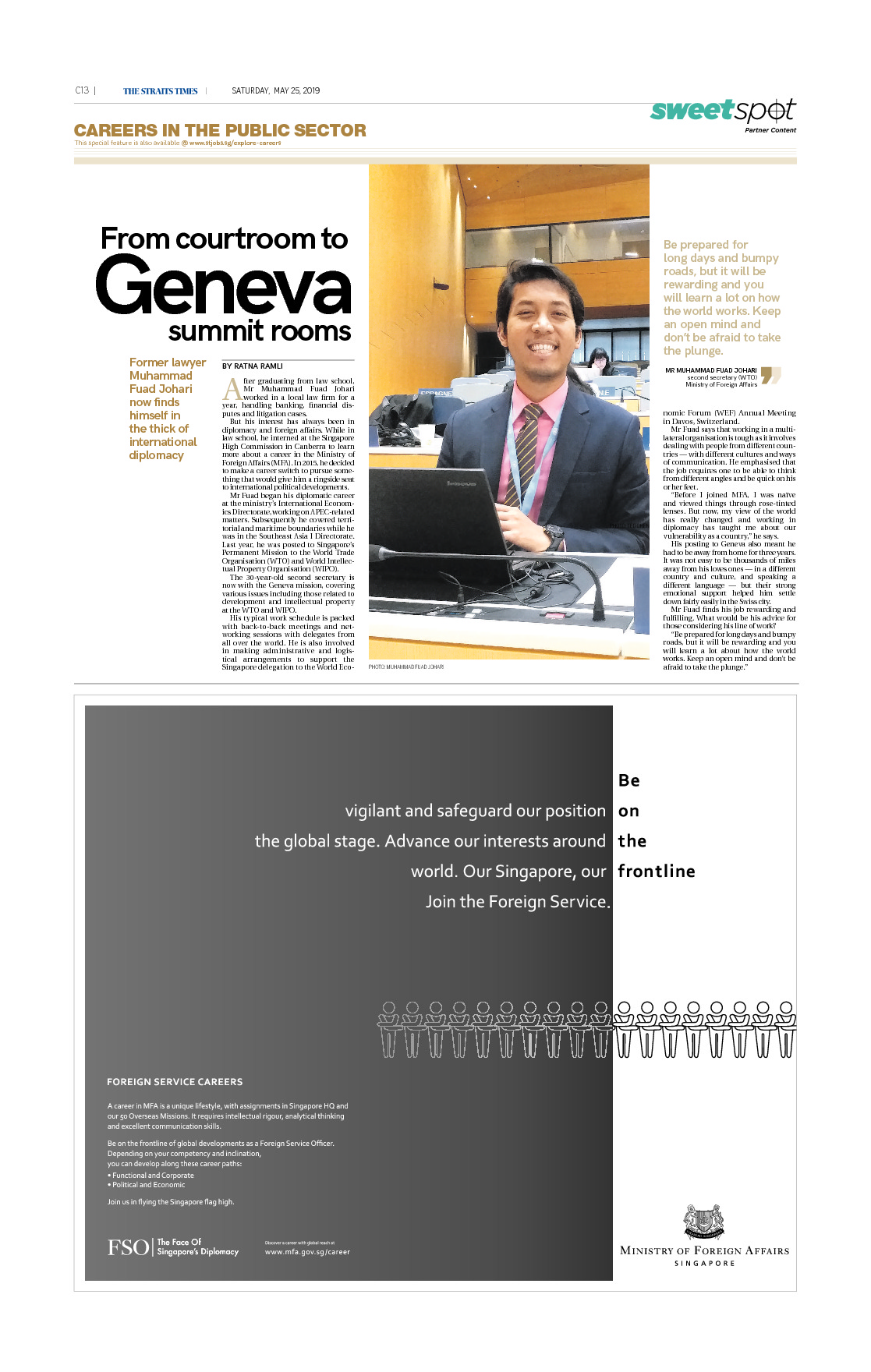