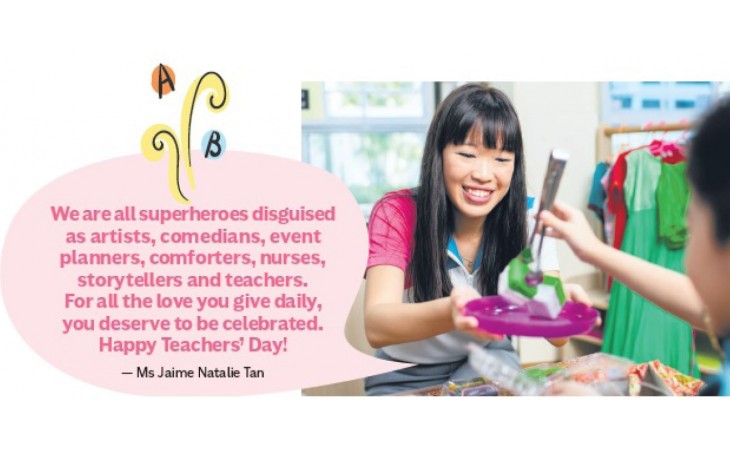 When Ms Jaime Natalie Tan joins her pre-schoolers during their daily dramatic play sessions, she would often play the role of a Chinese-speaking customer while they act as hawker stall owners selling roti prata or kueh. The aim is to encourage the pre-schoolers to speak more Mandarin although they are more conversant in English.

Ms Tan is the centre principal of MY World @ Ang Mo Kio Central, an anchor operator that provides both English and Chinese language curriculum. Despite the extended exposure to the language, Ms Tan observed that many pre-schoolers still lacked the ability to express themselves confidently in Mandarin.

Working closely with teachers at her centre, she spearheaded a project titled “How Can We Encourage K2 Children To Ask Meaningful Questions During Chinese Language Lessons?” to come up with new teaching methods to get the children to observe, think and ask questions.

Besides in-class discussions and exploration of learning resources, she uses open-ended activities to engage their minds. For example, exposing them to traditional cultural objects like batik sarong and mortar and pestle to pique curiosity, ignite imagination and develop their questioning skills.

Her efforts paid off when the six-month project not only led to vast improvements in the children’s ability to converse in Mandarin, but also won the centre the Early Childhood Innovation Award 2019 — Distinction  conferred by the Early Childhood Development Agency (ECDA).

A second award — Promising Early Childhood Leader Award 2019 also conferred by ECDA — went to Ms Tan, a first in her career. “I never expected to be nominated, much less to win the award. I’m grateful that MY World recognises my dedication and commitment,” she says.

As young as she may be, the 30-year-old centre principal holds almost a decade of experience in early childhood education.

“It is most fulfilling to be able to witness the children’s development and progress in learning,” says Ms Tan. “When families talk about how their children have enjoyed their days at the centre and how much they have learned from our activities, I celebrate with them.” 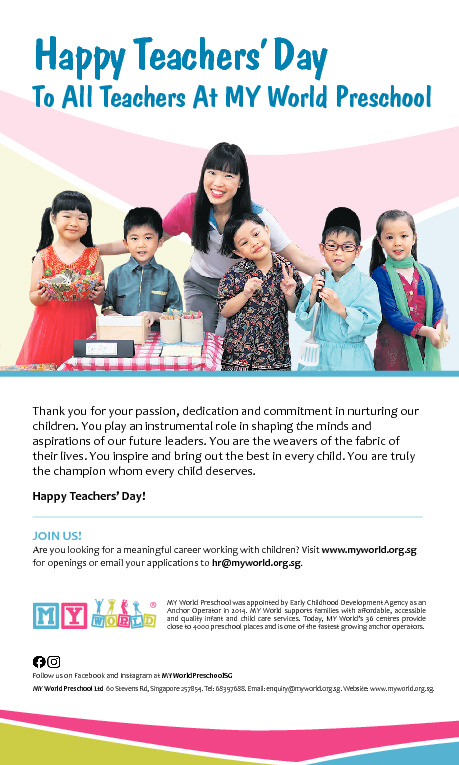