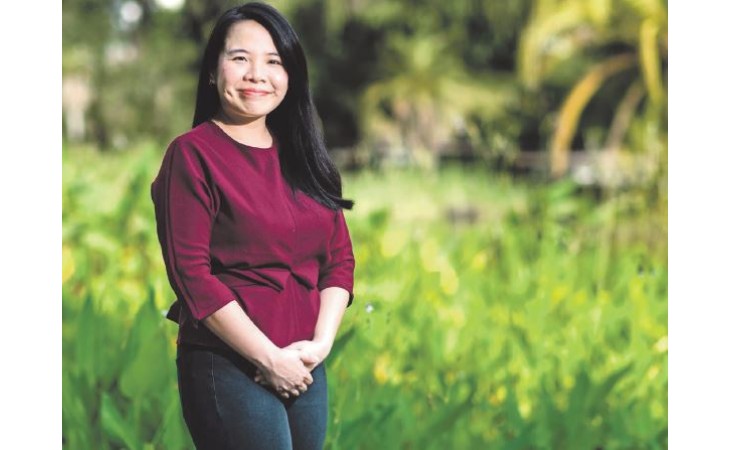 When she was 17, Ms Jocelyn Chua conformed with her parents’ wishes and picked marine engineering as her first choice for a diploma course.

Back then, her parents, like many others of their generation, felt that there was a certain stigma associated with nursing: the nursing diploma course was the last resort for people who had failed to make the mark for other courses.

Thus, Ms Chua buried her passion for nursing and studied for a Diploma in Marine Engineering instead.

A marine engineering internship to the Philippines and Taiwan and subsequent medical and humanitarian trips to Cambodia during her free time rekindled her interest in the nursing field.

Seeing first-hand how the poor and destitute lacked access to medical services, she wished she possessed the knowledge and medical skills to do something for them.

Despite her hardened resolve, her journey to becoming a nurse took longer than expected.

She was unable to enrol in nursing degree courses because her polytechnic grades failed to meet the cut-off.

Hence, she opted for an Advanced Diploma in Kindergarten Education – Teaching, graduated in 2011 and worked for four years in the industry.

In 2012, Ms Chua began applying for the Diploma in Nursing (Professional Conversion Programme).

PCPs are career conversion programmes for professionals, managers, executives and technicians, including mid-career switchers, to undergo skills conversion and training for their new occupations.

However, her endeavour was an unsuccessful attempt as she did not make it past the interview.

After that, she attended career preview fairs and tried applying for the PCP every year. However, each time, she was either too afraid to attend the interview or had work commitments. There were also people close to her who did not think that becoming a nurse was a good option for Ms Chua, and that affected her confidence.

Finally, in 2015, Ms Chua plucked up her courage, submitted her application, aced her interview and succeeded in clinching a place in the PCP.

In 2016, she finally enrolled in Nanyang Polytechnic’s two-year, full-time Diploma in Nursing via the PCP scheme.
Two years later, she became a recipient of Ministry of Health’s Gold Medal for the most outstanding graduate for the Diploma in Nursing (Professional Conversion Programme).

In January, she enrolled in the part-time, two-year King’s College London’s Bachelor of Science in Nursing with Honours (Top-up) that is conducted at Ngee Ann Academy.

Ngee Ann Academy is a private institution and wholly-owned subsidiary of The Ngee Ann Kongsi.

The nursing faculty at King’s College London is ranked second in the world according to the 2019 QSWorld University Rankings.

Ms Chua also received the bond-free Ngee Ann Education Holdings Scholarship that covers half of her school fees.
Ms Chua says that as compared to a decade ago, nursing is now more recognised as a respected career that  requires expertise.

“My family members now tend to seek my opinion or advice on medical matters, or before making medical-related decisions. Being a nurse changes my perspective on life, it is not just about living well, it is also about leaving well.
I cherish time with my family and friends a lot more now. Life can be fleeting and transient, I would never knowif people around me may pass on suddenly, and I would regret not spending enough time with them,” she says. 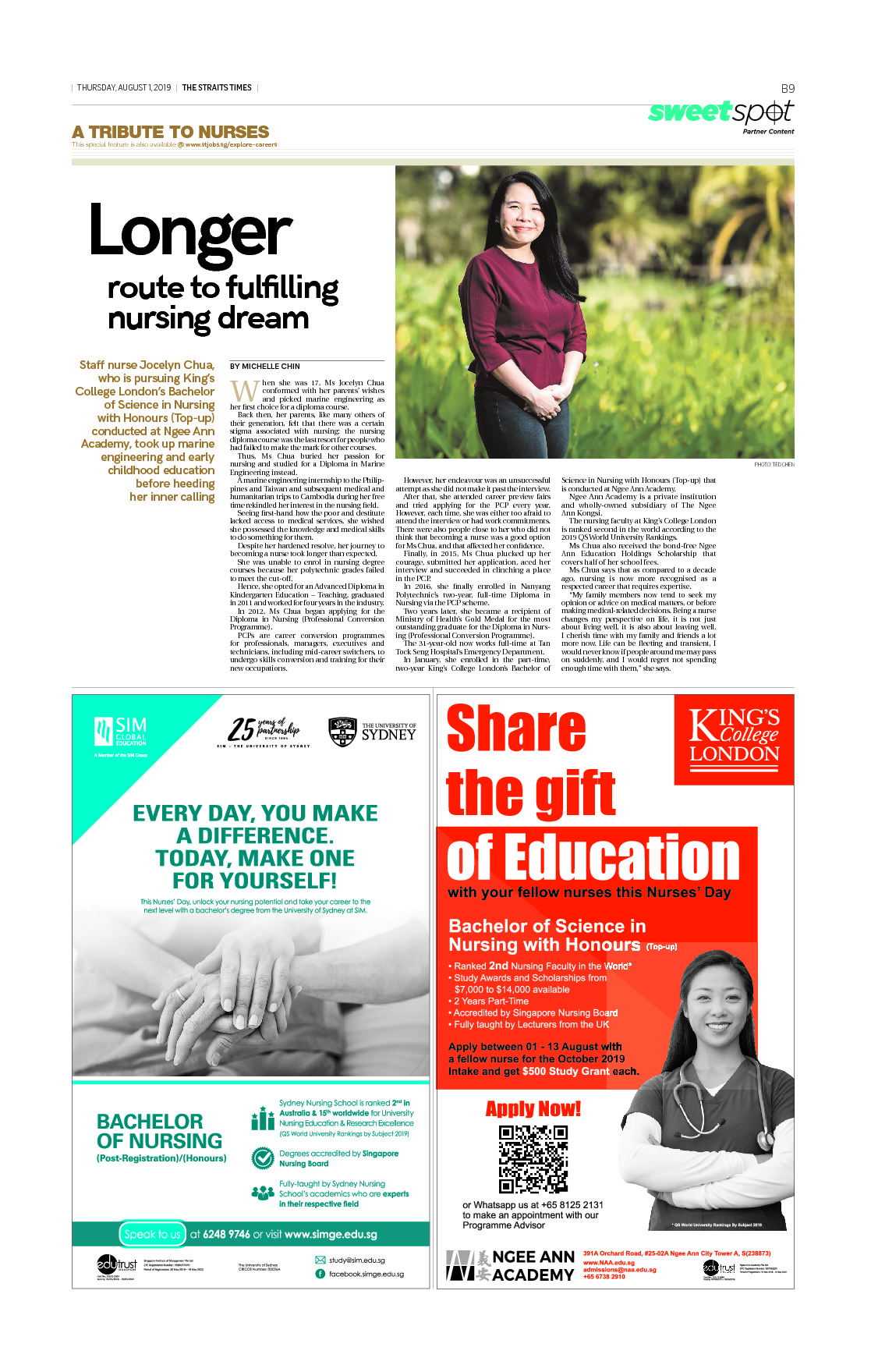