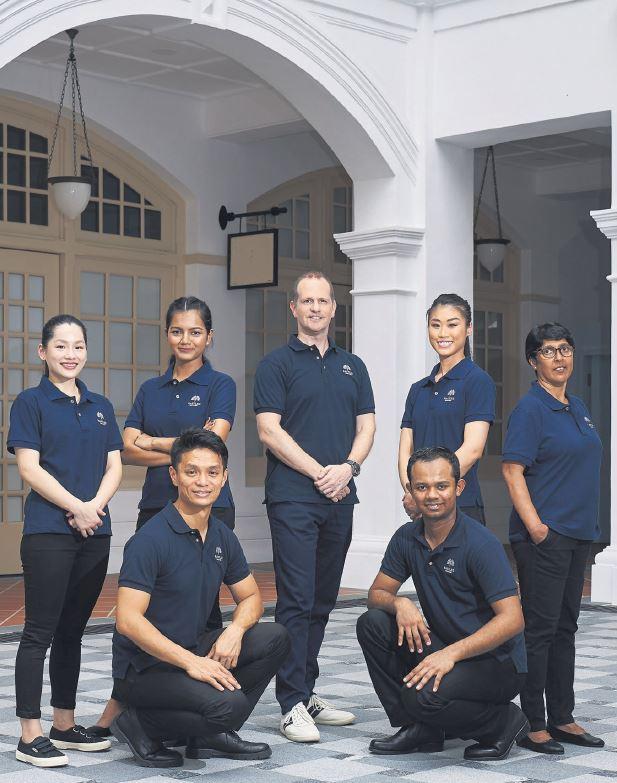 It has been almost 13 months since the iconic Raffles Hotel Singapore shut its doors for restoration works. But behind the hoarding and scaffolding, the people managing the 132-year-old historical landmark are not sitting still.

In addition to gearing up for the hotel’s grand re-opening in the middle of this year, the management team is investing in its colleagues and working with agencies to form an inclusive workforce.

On top of regular sessions that promote cohesiveness such as team building and bonding, there are monthly restoration updates, where colleagues are encouraged to raise all concerns with the senior leadership team.

And for newcomers — such as food and beverage operations manager Jason Tan, 39, who joined in August last year — a buddy system provides support during on-boarding and induction.

Raffles Hotel Singapore has also been ramping up its engagement with agencies in its commitment to groom its Singaporean talents and suitable candidates who are keen on a hospitality career, says Mr Westbeld.

He speaks fondly of Mr Muhammad Sufiyan Umar, a linen runner in the hotel’s housekeeping department for over four years. The cheerful and hardworking 27-year-old graduated from Delta Senior School, a vocational institute for people with mild disabilities.

This is but one of the many success stories that the hotel has had with its partnership with SG Enable, an agency dedicated to empowering people with disabilities.

Links are also forged with hospitality institutions, polytechnics and the Institute of Technical Education (ITE) to recruit suitable students and graduates to join the hotel’s Internship, Earn and Learn, and Management Trainee programmes.

Through this route, Ms Shobana S Muthiah, 23, joined the hotel’s 18-month Earn and Learn programme to train in hotel operations. She graduated from ITE in 2018 with a Higher Nitec in Hospitality Operations.

That’s not all. Raffles Hotel Singapore is working closely with the Employment and Employability Institute (e2i Singapore) and Workforce Singapore (WSG) to enable suitable candidates from other industries to undergo the hotel’s Place and Train programme, and meet the needs of those seeking flexible work schedules.

Here are some highlights of working at Raffles Hotel Singapore:

Join a team of talents

“As our Raffles story continues, we want to select, develop and engage our colleagues to be a part of Singapore’s finest hospitality team,” says Mr Westbeld.

“In turn, we would like our candidates to select us,” he adds.

And some talents who have chosen Raffles Hotel Singapore include Ms Elaine Koh, 28, who has worked in free-standing and Michelin-starred restaurants.

She will be the sous chef at the muchanticipated La Dame de Pic restaurant, a collaboration between the hotel and renowned Michelin-starred French chef Anne-Sophie Pic.

Newcomers can seek the sagely advice of Ms Vaithilingam Krishnaveny, 61, who has been with the hotel for over 24 years.

Starting out as a casual part-timer in the laundry department, she was offered growth and development opportunities that helped her rise to the position of laundry supervisor. Currently on secondment, she is learning new skills as a housekeeping public area supervisor. 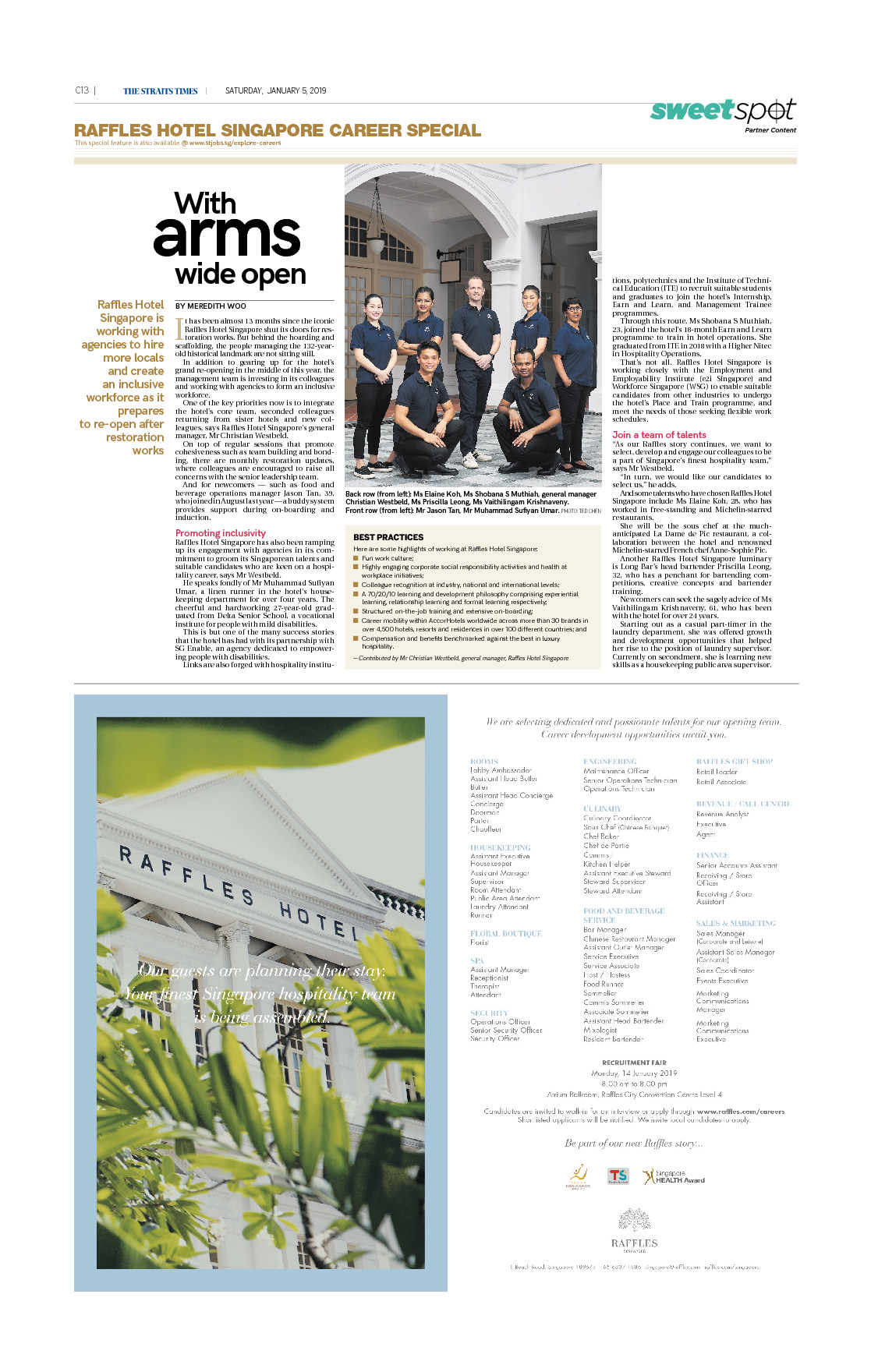