Climbing up the ranks 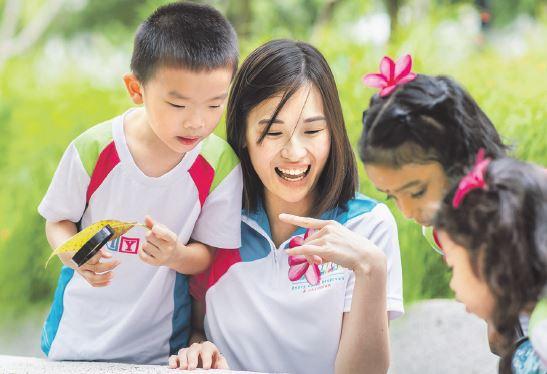 When Ms Annette Lui first joined the early childhood industry in 2013 as an apprentice, her main responsibilities included assisting the main teacher in the classroom.

Today, the 28-year-old is the deputy principal at MY World Preschool, just one year after being vice-principal.

She explains: “I built my confidence with support from her. I’ve gained a good understanding of leadership expectations and slowly extended my leadership role.”

She chose this career because it dovetailed with her desire to learn how to be a better mum to her son, now aged seven. She has two other children, aged five and three.

She explains: “I wanted to better understand how children develop mentally, and how to educate them.” Becoming a mother at the relatively young age of 21 in 2012, she made sure, with the support of her husband, that she could strike a balance between work, family and personal interests, such as going on road trips and hikes, and socialising with friends.

Ms Lui was also able to juggle growing a family with her own education. She trained in early childhood care and education in Teaching at the Asian International College for one and a half years until May 2015, when she was expecting her second child.

While pregnant with her third  child, she proceeded to obtain a specialist diploma in early childhood education — Leadership at early childhood professionals training centre the SEED Institute, finishing in November 2016.

Her typical workday involves collaborating with her team on tasks such as planning meaningful activities for the children, and discussing ideas for classroom environment set-ups.

As deputy principal, Ms Lui is nurturing the next generation of early childhood educators. She puts her training to good use by empowering her educators with ample space to move around the classroom, developing activities to help children grow in confidence and perform better.

And as she enters her sixth year of service, Ms Lui attributes her rewarding career to having a good relationship with her colleagues, work-life balance and a positive mental attitude.

She adds: “I foresee a future full of possibilities and excitement. I am eager to see what I can achieve as deputy principal at MY World Preschool.” 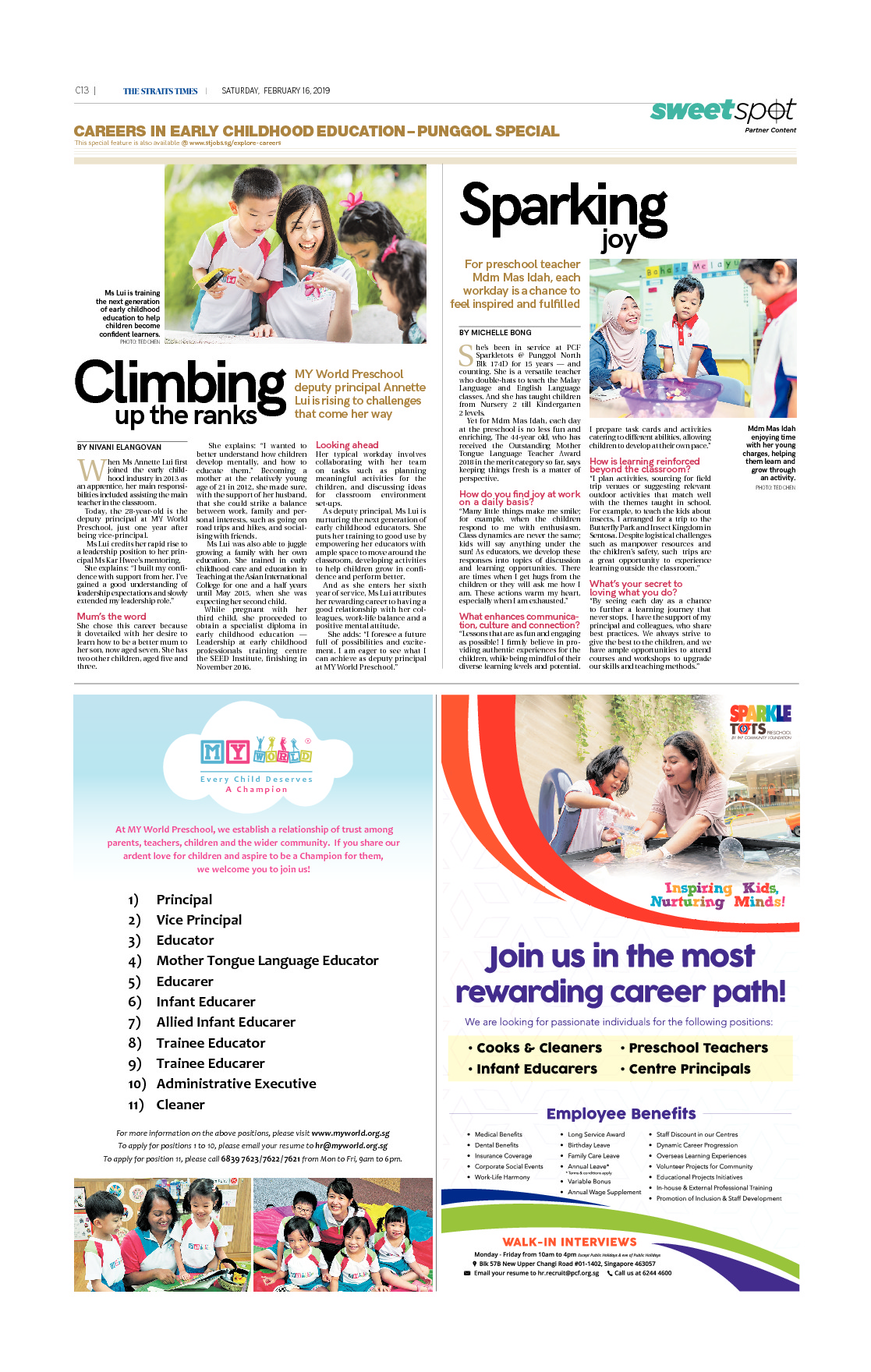